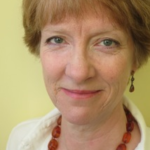 At the end of last year I went to Tanzania as part of ICAI’s review of DFID’s private sector development work. DFID’s aim is to transform lives by encouraging the development of small businesses at local level while taking steps to create more accessible markets for the poor combined as well as seeking to encourage inward foreign investment. We met with DFID, Tanzanian government officials from the President’s office to the Ministry of Agriculture, the EU, World Bank, private sector players, NGOs and foundations. But the meetings which made the most lasting impression on me were with the men and women we met who survive as smallholder farmers In Mtwara which is near the border with Mozambique. Mtwara is a particularly poor region where under-5 mortality rates are the worst in the country, 40% of children suffer chronic malnutrition and up to 53% of the population live below the national “basic needs” poverty line. When we arrived there the rains were late and although we experienced squalls of rain and wind, the land was terribly dry.

Tanzania is at a very important stage of its development: it’s made good economic progress with GDP growth rates at 7% in recent years but the poorest continue to get even poorer. Growth has been mostly in mining and IT and growth but the 85% of Tanzanians who earn their living from agriculture, there has been little change. With a population which is due to grow from 43 million to 75 million by 2030, something has to change. But there is hope. There are about 40 million hectares of arable land of which barely 25% is actually farmed. If farmers could increase their yields and get better access to markets and if there were more foreign direct investment into agriculture than the current meager 2%, Tanzania might be able to lift itself from poverty.

But there are serious challenges to achieving this transformation: infrastructure is poor with the best arable land in the country being 12 hours drive from Dar where for 6 weeks of the year the roads are completely impassable; water conservation is poor and climate change is affecting rainfall; many market systems are “highly politicised” which means there is monopolistic behaviour, no transparency of prices and considerable potential for corruption which seems to be endemic. And land ownership is highly problematic. Julius Nyrere’s proud socialist inheritance means that all land is still owned by the State. Only 2% of land in Tanzania is surveyed, mapped or registered. This makes obtaining leasehold title very slow and complicated which accounts for the tiny number of commercial farms, the lack of inward investment and the limited use of land.

In Mtwara we met several groups of farmers who had received help with irrigation and farming techniques. Up until now they have only grown rice for their own consumption and some low grade sesame for market. Everyone was pleased with progress. Out in the fields, I sat on a pile of hay in the shade of a tree, sheltering from 37 degrees of sweltering heat, and listened to groups of men and women who are now able to take their crops to market. In one village which seemed to have benefited from aid from several quarters several of the men proudly sported green wellies. They told us that they had no problems. Margaret (who is barefoot) tells me that there is a major problem which is transport because she has to carry the crop to market on her head.

In another much poorer village the group told us that they used to spread the seed in biblical fashion but they now plant each seed in its own raised bed in lines thereby reducing both weeds and waste. With irrigation they had increased their crop two fold so now they can afford fertiliser which again increases the yield. But it was when they told us about the fact that they had now been able to cut out the corrupt middlemen and sell direct to purchasers that the women ululated with joy. Previously they had to take their crops to the government cooperative and pay the middlemen’s extortionate fee.

This issue of being able to take products to market is hugely important. In one village market I sat in the cramped, dirty and sweltering office of the local cooperative. Part of the programme we were reviewing had involved taking the man and woman in charge to Arusha in the North of Tanzania to see the coffee market in operation. They couldn’t believe their eyes because this is an open market with transparent prices on computer screens. They had never before left their village or been able to imagine that markets could be open and transparent places. Their families are farmers too so even though they now have less sesame to trade and business is down in that crop they were adamant that this is how things have to be. They’d seen free competitive trade in action and they were passionate about it. But there is frustration for farmers who are still stuck in the cycle of petty corruption. The people we met had been attacked and their houses burnt because the markets they operate are so associated with monopolistic and “politicised” practices.

Round the corner in the market we met a village based agent who is now licensed to sell fertilisers and pesticides. He received training from one of the programmes we were reviewing. He now runs a tiny stall in which he proudly displays the 13 certificates he has obtained and he earns enough to employ a young woman, who also has a certificate. With a broad smile, he told us “ I lived in darkness, but now I have seen the light. I said ‘Bye Bye’ to poverty.”

This blog was written by Diana Good, lead Commissioner on the forthcoming ICAI report on DFID’s Private Sector Development Work.